Amiga Computing absolutely loved Moonstone, dishing out a fab 89% and terming it “Phun with a capital F”. Eh? With writing like that, small wonder they went out of business.

Amiga Force labelled Moonstone a “very cerebral game” (though I’m not sure about that personally!), and really enjoyed the “brain-bending” experience on offer. A very decent 80% was thus bestowed.

Amiga Format felt that Moonstone was too buggy and virtually unplayable without a save game feature, hence the disappointing 59%…

Whomever reviewed the budget release of Moonstone was patently suffering from some kind of brain disease. He even had the temerity to remark that Moonstone was: “just slightly lacking in atmosphere.” Eh? A 72% was bestowed.

Trusty old Amiga Power (my personal fave Amiga read) provided us Moonstone fans with some mighty interesting snippets of info during their review. Did you know that the game was to have originally been titled Quest For The Moonstone? Harsh but fair, reviewer Neil West labelled the game “a near miss” and awarded a decent 73%.

Amiga Power still weren’t gonna give Moonstone a high mark! Mark Winstanley definitely enjoyed the experience, but reckoned it “straddle(d) the area between beat ’em up and adventure, and produce(d) fair versions of both!. He also had some issues regarding longevity, which I think is fair enough. The result? A middling 74%

Some interesting artwork from the intro sequence on show here. I’d love to find out a bit more about this game called Gore! by Psygnosis, though.

CU Amiga thought that the game constituted a solid entry for the casual player into the RPG genre. RPG? Hmm…not really lads. Still, they gave it a very respectable 81%

CU Amiga’s second review of the game was even more favourable than the first! The reviewer loved the intro sequence, deeming it “blood-curdling”. He also reckons it is “one of the bloodiest games on the Amiga” (No shit Sherlock). The result is a delectable 86%. Nice.

The One Amiga (January 1992), submitted by moi and purchased from the very kind Paul Bennett (who wanted a mention!)

The One’s Jools Watsham really seemed to like Moonstone, being especially impressed with its well-animated visuals and Richard Joseph’s score. The result? An 82%!

The One Amiga (May 1993),  submitted by moi and once again purchased from Paul Bennett.

The “SB” (Son of a Bitch?) who reviewed the budget re-release of the game went to town on his slating of Moonstone. Frankly, from his comments the eventual score of 52% seemed a bit of a let-off!

Links to two Moonstone reviews at the Amiga Games Database. 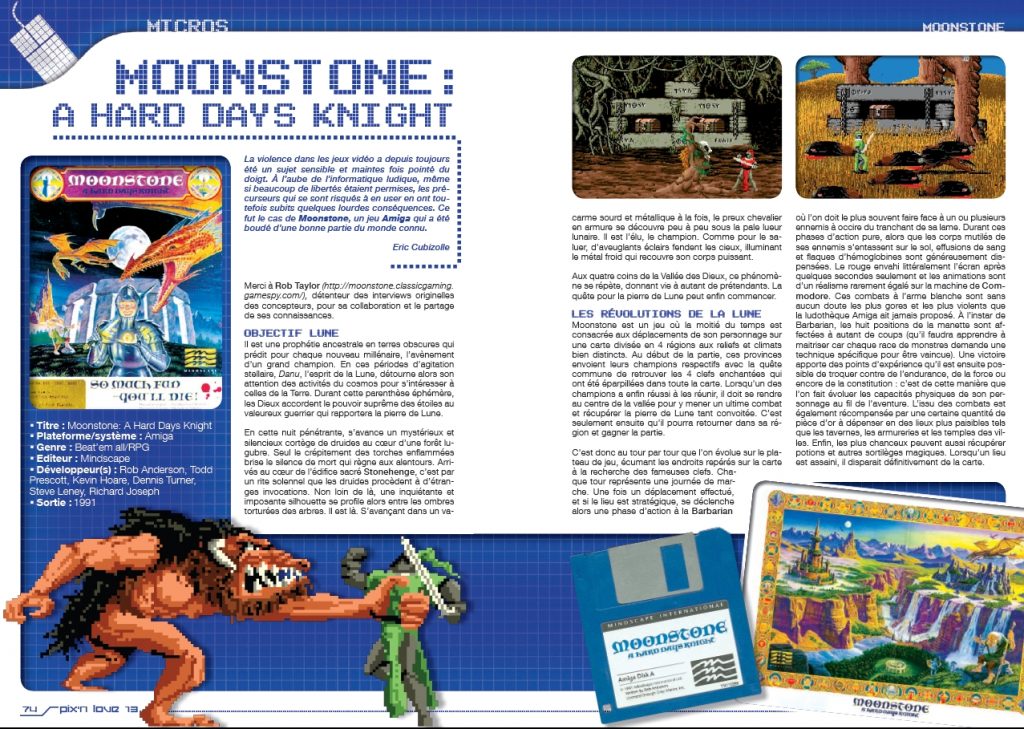 Eric Cubizolle has penned a wonderful tribute to Moonstone – and this is only the first spread of three. To get ahold of the full, excellent article, you’ll need to buy the mag from www.editionspixnlove.com 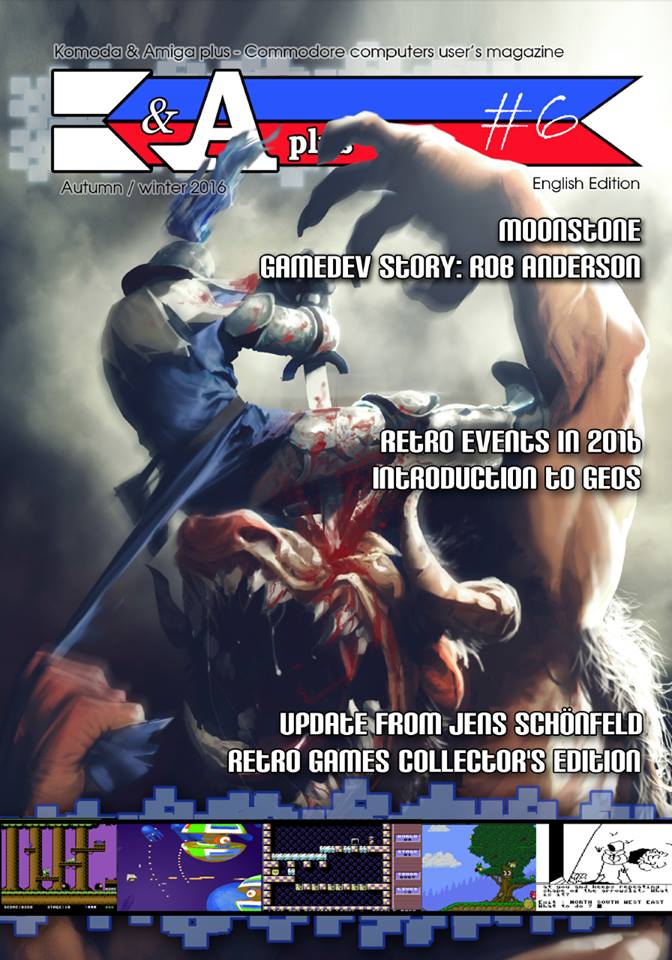 Download a high res pdf of the interview here.