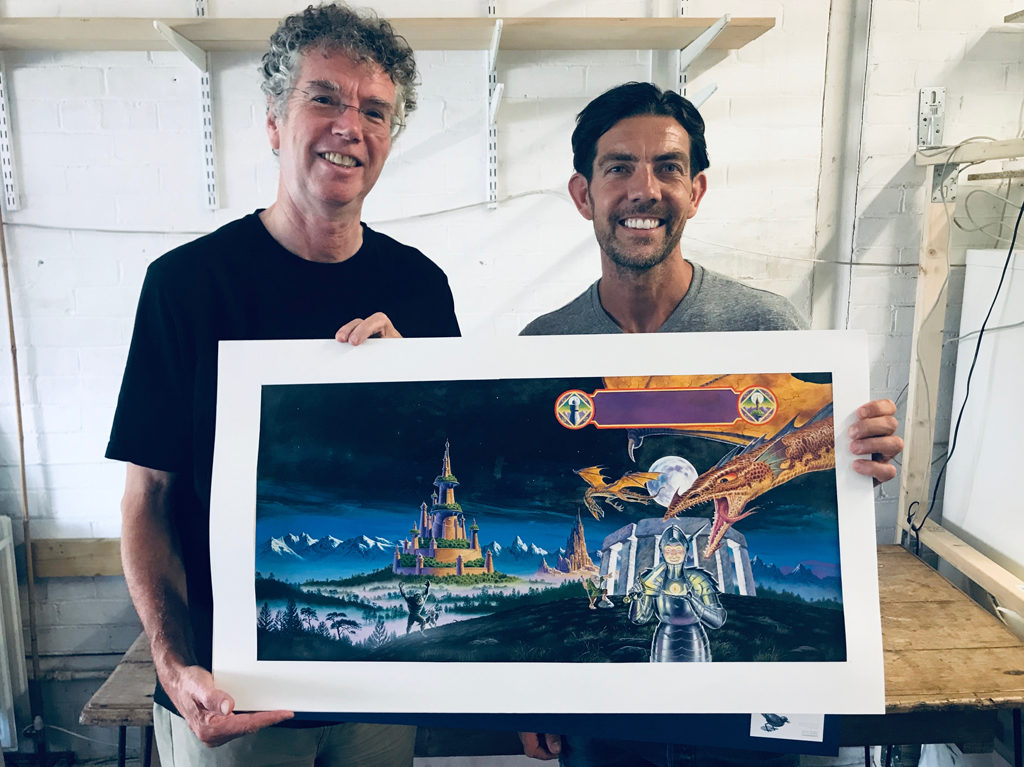 The full Moonstone manual for download in zip form.

The Tavern received an email from a Moonstone fan named Doodah regarding a song he’s written as a tribute to the game. Here’s what he had to say…

First I want to applaud your site – a shrine to one of the best games that ever existed! I remember days, nights, weeks, months just playing Moonstone on my Amiga with my Cheetah joystick…… In my life I have strived to play as many games as possible, but I still see Moonstone as one of the BEST. As a result of my love for the game which I still play via Dosbox, a few pals and I wrote this song in memory and dedication of Moonstone. It is not truly complete yet, since we’re planning more verses – but will it ever be finished? I have attached the mp3 to this email, I just thought you might want to hear it! Hopefully you will like it, Doodah.

Listen to the song below. You can definitely see the guys are influenced by Led Zeppelin – it’s like a cross between Immigrant Song and Stairway to Heaven.

Many thanks to Olli Knagge for the scans. 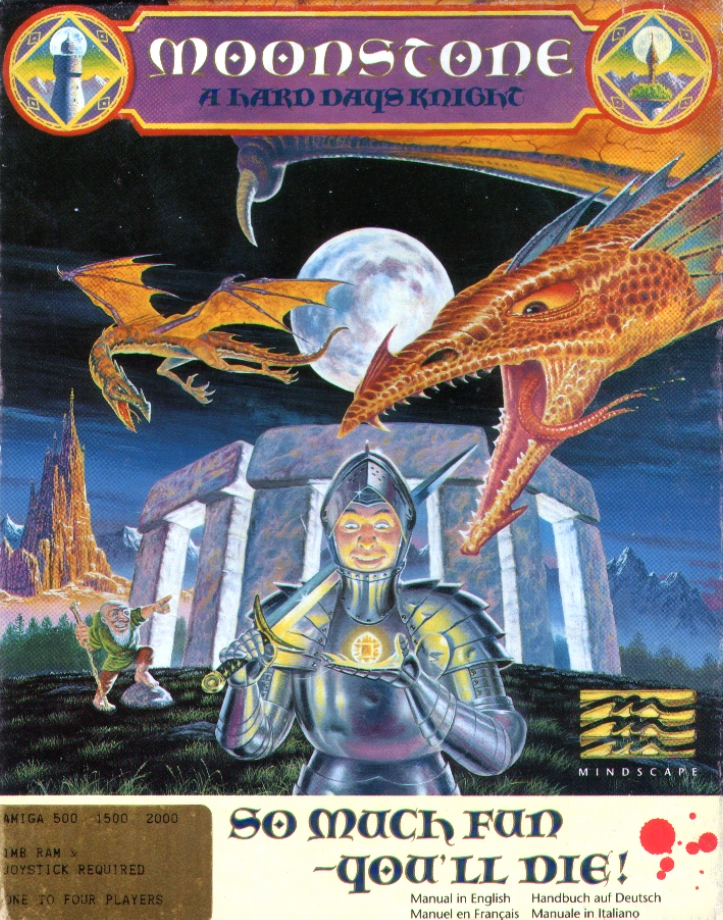 Click on the image below for a 20mb version of the fold-out postermap that was originally bundled with Moonstone. Many thanks to Florent Richard. 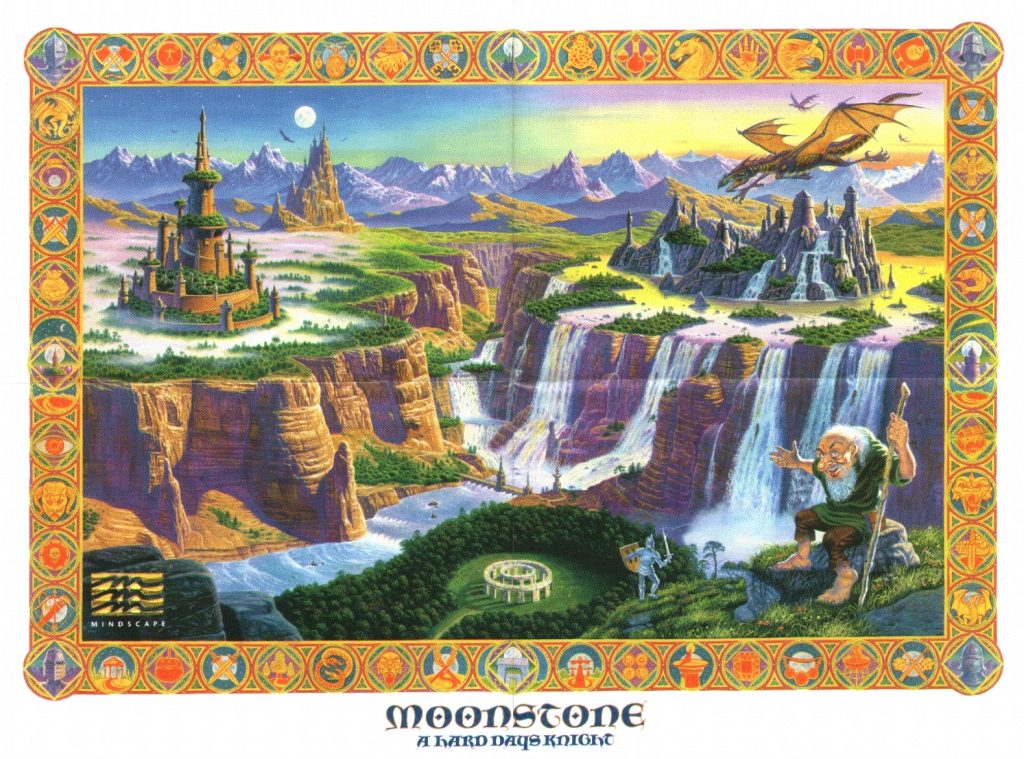 The Three Different Versions of Moonstone

Images once again courtesy of Olli Knagge, proud (and lucky/rich) owner of all three versions of Moonstone. 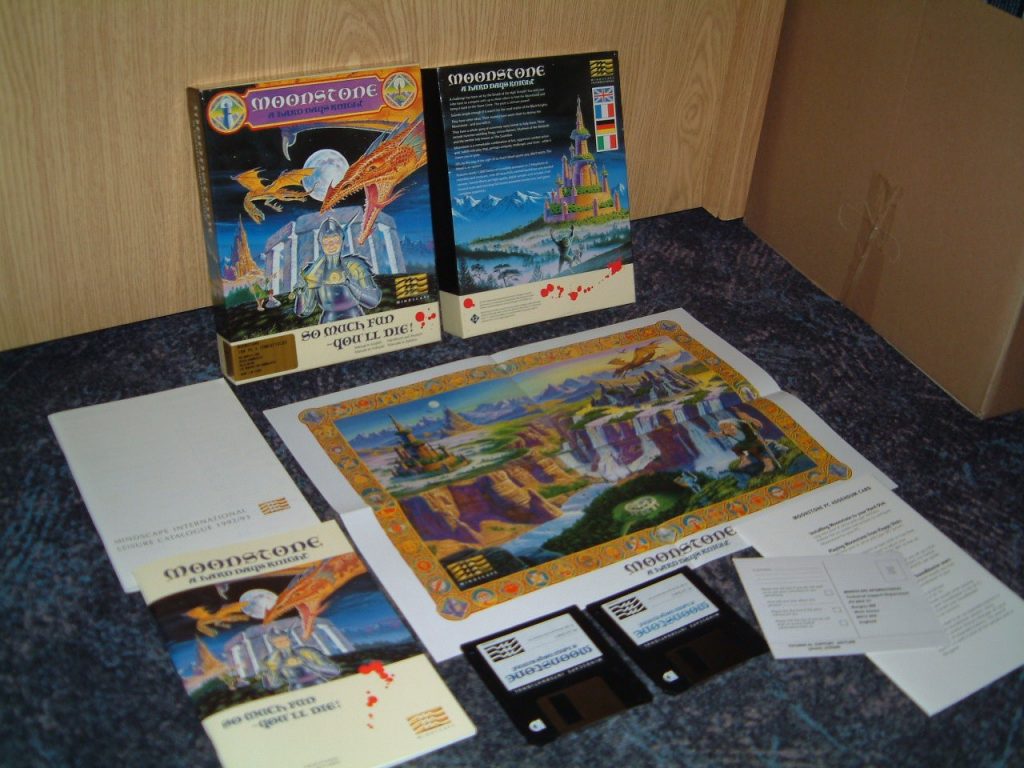 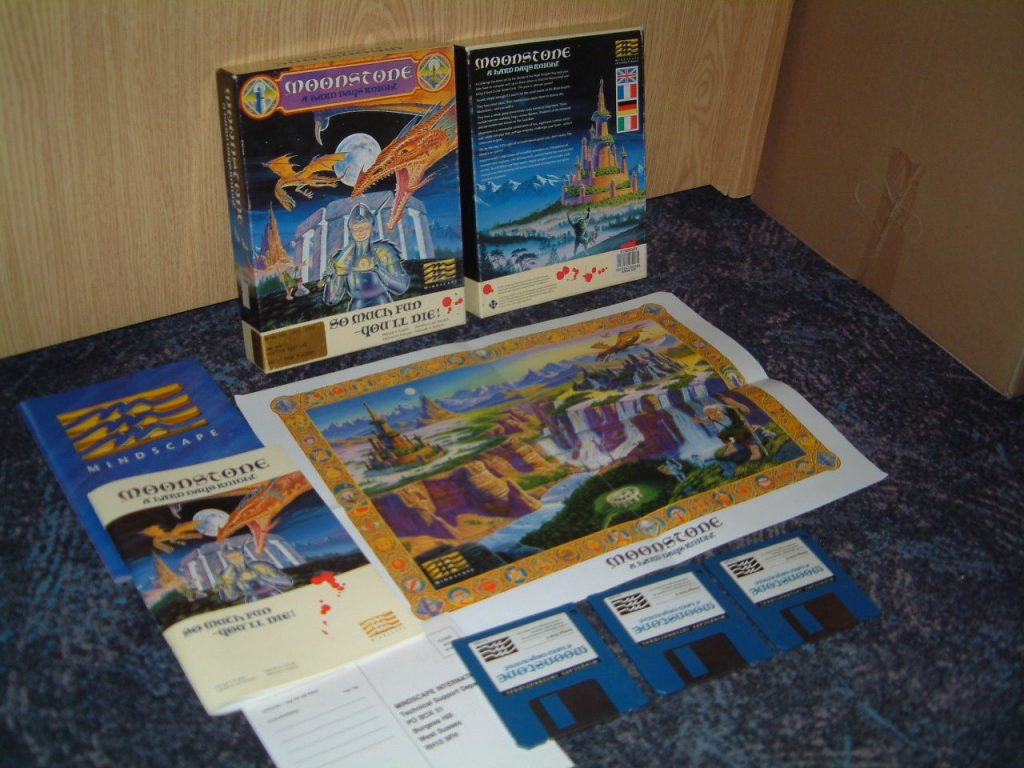 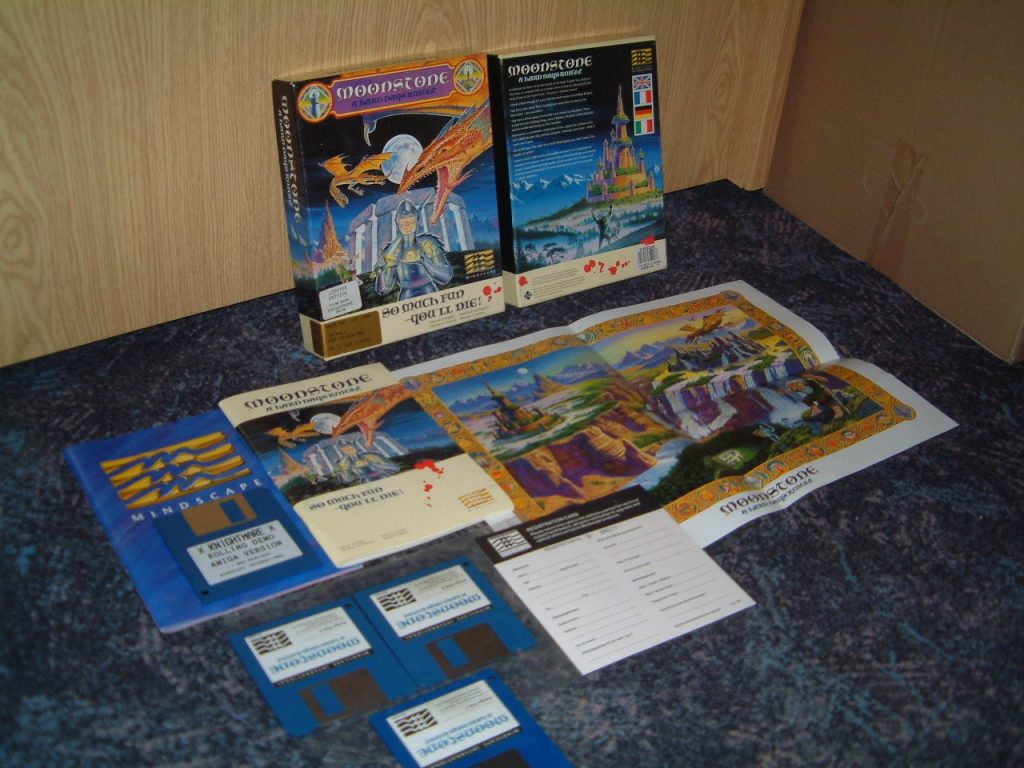 Brilliant piece of ASCII art I found whilst trawling on Google’s Usenet Archive for Moonstone-related material. I believe the author is Marcin Gliñski.