Welcome weary travellers to The Moonstone Tavern, the only site on the net dedicated to the 1991 Commodore Amiga/PC classic and pioneer of gaming gore Moonstone: A Hard Day’s Knight. Contained within is a history of the quest, an extensive bestiary, battle tactics, videos, magazine scans and tons of gory screenshots that will no doubt bring the bloody memories flooding back. 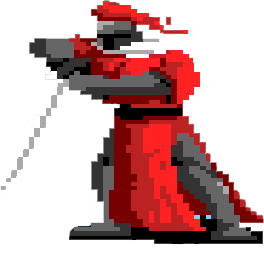 Banned in Germany and condemned in the the US, the game was a hack ‘n slash gore-fest with some shocking death animations. Explicit violence, a brooding soundtrack by Amiga maestro Richard Joseph and the greatest intro and outro sequences ever conspired to conjure a taut atmosphere of prevailing doom.

So why not treat yourself to a flagon of frothing ale, put your feet up and reminisce with me as I take you for a sojourn through the world of Moonstone, Rob Anderson’s magnificent and charnel-splattered quest of knights, monsters and valiant derring-do.